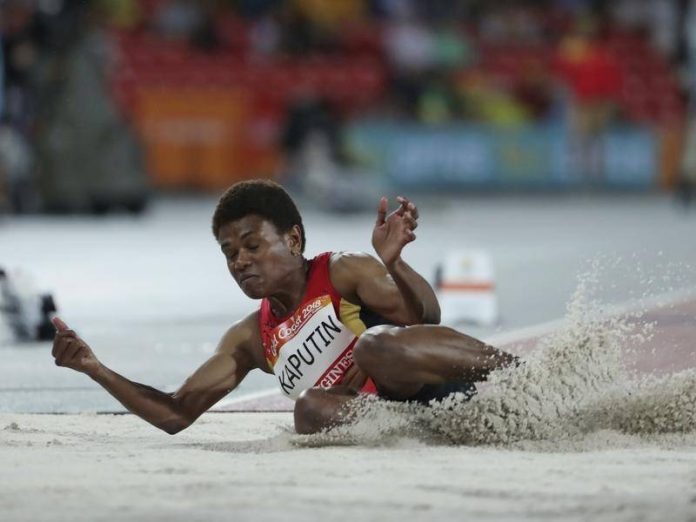 Rellie Kaputin PNG has won gold for PNG on day one of the Oceania athletics championships in Townsville by beating Australian duo Brooke Stratton and Naa Anang.

Kaputin smashed the PNG national record and claimed the victory with a best jump of 6.50m.

Kaputin waited for the last jump to clinch her surprise win. Her 6.50m effort pushed her a mere centimetre clear of Stratton’s 6.49m, and a hand-span ahead of Anang’s 6.44m.

With two other jumps measuring 6.41m, it was the third time in the competition Kaputin had exceeded her previous national record of 6.39m.

Kaputin will be chasing a second gold medal in the triple jump later in the championships.