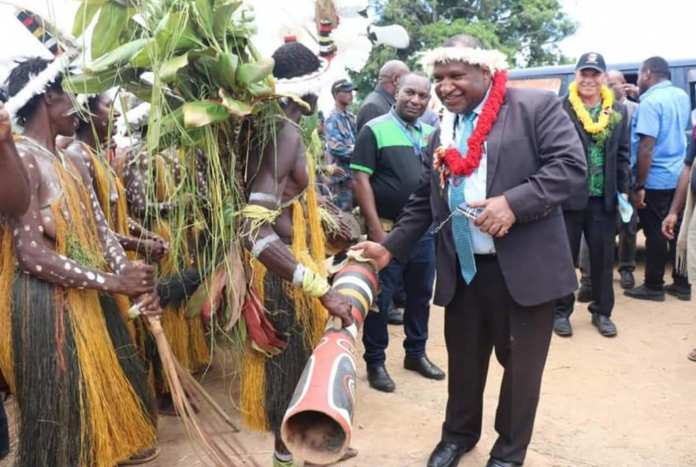 He was accompanied Minister for Arts Culture and Tourism Emil Tamur and Forest Minister Solan Mirisin.

The Long House will act like a traditional museum and house all the local carvings and traditional totem poles including replica of the Long Dug out canoes used in the festival and water people of Balimo in the Western province.

Prime Minister Marape also informed the people of Balimo of the Marape/Steven Government’s commitment to help their local members upgrade and seal the Balimo airstrip upon arrival.

Prime Minister also witnessed the presentation a cheque of K1million to upgrade the Balimo District Hospital.

Prime Minister Marape will overnight in Balimo and witness the formal Gogodala Canoe Racing Festival on Thursday before leaving for Port Moresby.